The future of housing in this economy is on everyone’s mind. Last week the opportunity to present a keynote speech to the annual Colorado Housing Conference gave me a chance to re-visit this topic. The conference is one that focuses especially on policy related to developing affordable housing. My task was to broaden the scope and lengthen the time horizon as we explored the critical factors shaping both the probable and the preferred future for housing.

When I first took on this subject directly, in September 2007 at a similar conference in Washington State, I warned that the so called “sub-primeâ€ mortgage crisis was larger than assumed, would more deeply impact the economy, and could last well into 2012. The reason for this was no mystery. A large quantity of both adjustable rate mortgage and “Alt-Aâ€ loans were scheduled to adjust between then and 2012. Given the anemic performance of the economy for those below the top 20% of wage earners, many mortgage holders will not be able to pay the adjusted rates. This seemed obvious to me, but in December 2007 at a Forbes magazine conference I listened to Steve Forbes tell the audience that the mortgage crisis was a small thing, involved just a few billion in bad loans, and that the problem would take care of itself with a few write-downs by the middle of 2008. What did he know that I did not, I wondered at the time?

Now we know that the crisis was more significant, as we discovered the degree to which mortgages were bundled into clever financial instruments sold around the world. This has made the entire problem more systemic and more difficult to solve.

So far, most of the global rescue efforts have concentrated on shoring up the credit market and the financial institutions critical to that market. Down the road there are some measures in the works to assist individual home owners cope with mortgages they can no longer afford, though how far these efforts will go is unclear.

The deeper issue which ultimately gets us to the future of housing is not yet being addressed at all. This is the issue I tried to bring home to the crowd in Colorado, that we need to go beyond cleaning up the financing of homes. We need to reinvent housing in fundamental ways. We’ve gone from an average home size of 980 square feet in 1950 for 3.4 people, to typical homes of 3500 to 5000 square feet, for 2.6 people. These houses cost a lot. In my home area they will cost from $600,000 to $1.2 million. The median income is no where near the level needed for most people to be able to buy these homes. Yet, this is what developers build.

The root cause of the financial crisis is the mismatch between what we build and what our economy enables us to afford. Until we downsize or right-size our housing, economically, and also make that housing sustainable in terms of energy and climate change, we will not actually fix the crisis. That is the real challenge and the program I presented suggested various ways to reinvent housing by making it smaller, more energy efficient, more age appropriate, and by placing those homes in compact, walkable communities. This is, then, a cultural change, and we need urgently to begin this change.

You can review the slides in this presentation here.

Future of Housing
View SlideShare presentation or Upload your own. (tags: inequality income)

And, for fun, here are photos taken near the beautiful town of Breckenridge, where the conference was held, and the view from my room at the conference site. Nice spot. 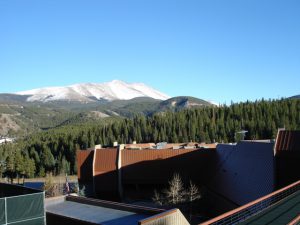 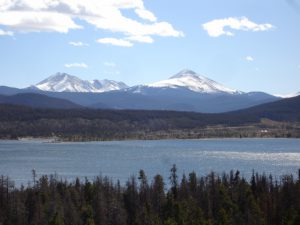