Our Future in Space: Moving Offworld

This archive futurist.com article was written by Glen Hiemstra, Futurist Emeritus. Glen Hiemstra founded Futurist.com in the 1990’s and is now Futurist Emeritus in the Think Tank. An internationally respected expert on creating preferred futures, long-range planning and assessing future trends, Glen has advised professional, business, community, and government organizations for three decades. He is available to work with incredible clients on futurist keynotes and foresight consulting projects.

Three milestones in space were passed in the last four days. The NASA spacecraft Dawn began its close approach to the second largest of the know asteroids in the asteroid belt, the asteroid Vesta. 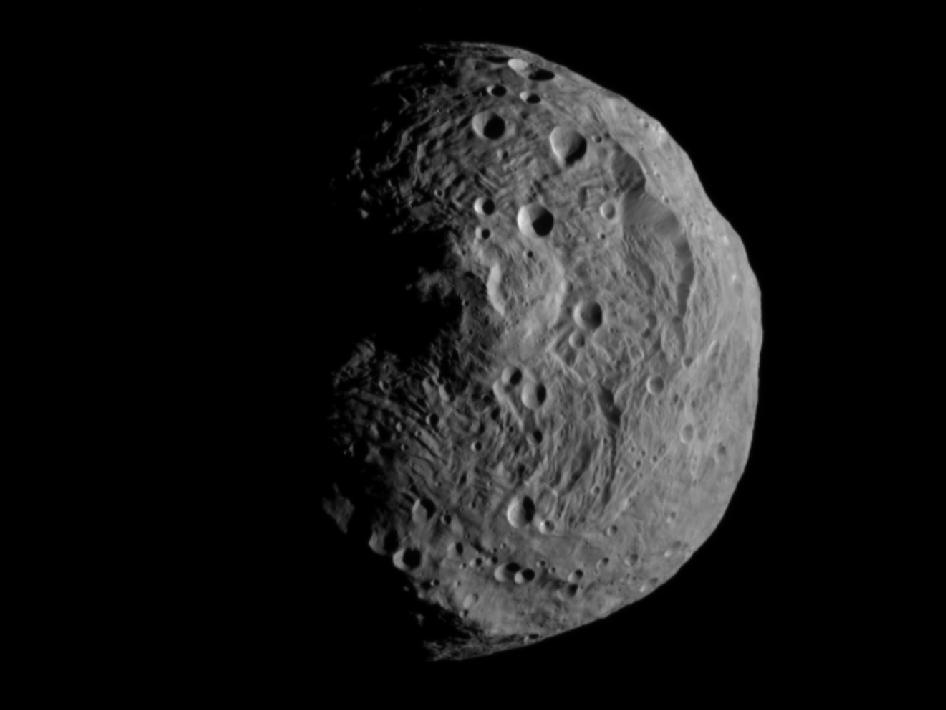 The final space shuttle mission ended with the landing of Atlantis this morning.

And, yesterday marked the anniversary of the day that Armstrong and Aldrin landed on the moon for the first time, 42 years ago.

How do you feel about these three milestones? I feel some pride and optimism that the human venture into space will continue. But more than that I feel a sense of regret that so little of the original promise has been fulfilled, because we did not try.

It is safe to say that my interest in “the futureâ€ coincided with my interest in our future in space. Coming of age as Sputnik was launched, eagerly getting up in the early morning to watch all the manned launches of 1960’s, waiting nervously for Eagle to touch down on Tranquility Base in 1969, were all formative experiences in how I thought about the future. By sheer synchronicity the college at which I was a student in 1970 hired as its president the person who had been director of program planning for building Apollo, Ed Lindaman. Working with him cemented my belief that the human adventure in space would be part of the likely, and desired future.

Dr. Lindaman said, in the 1970’s that while the early manned missions from Mercury through Apollo, along with the Russian manned space program, were analogous to the early explorers of the globe. They would go out, see what is there, and return with a report. The shuttle, he believed, would be more analogous to the Conestoga Wagon, which carried average people into the wilderness with the intent that they stay there as settlers.

One can make a case that the final shuttle missions, which focused mostly on building and maintaining the International Space Station, have in a way succeeded in delivering settlers into a near permanent presence in space. It is an achievement, but a modest one. Along the way we have been diverted into other investments, other problems and issues. For the next few years U.S. astronauts will rent space on Russian spacecraft when they want to go into space. Several private companies will compete to build the next U.S. spacecraft designed to put people into orbit. It will be several years before we know who succeeds, or whether they will succeed. We will find out whether companies that must ultimately show a profit can actually make a business of space travel. If the answer to that is no, then I suspect that years from now when we watch humans return to the moon, or land on Mars for the first time, they will not be from the U.S.

Other writers are noticing the same events as I, and commenting in pithy ways. I was especially taken by the work of The Pain Comics, who thought to compare the adventure of going to the moon to the adventures in Afghanistan. Both the cartoon comparison and the commentary that goes with it are enlightening. 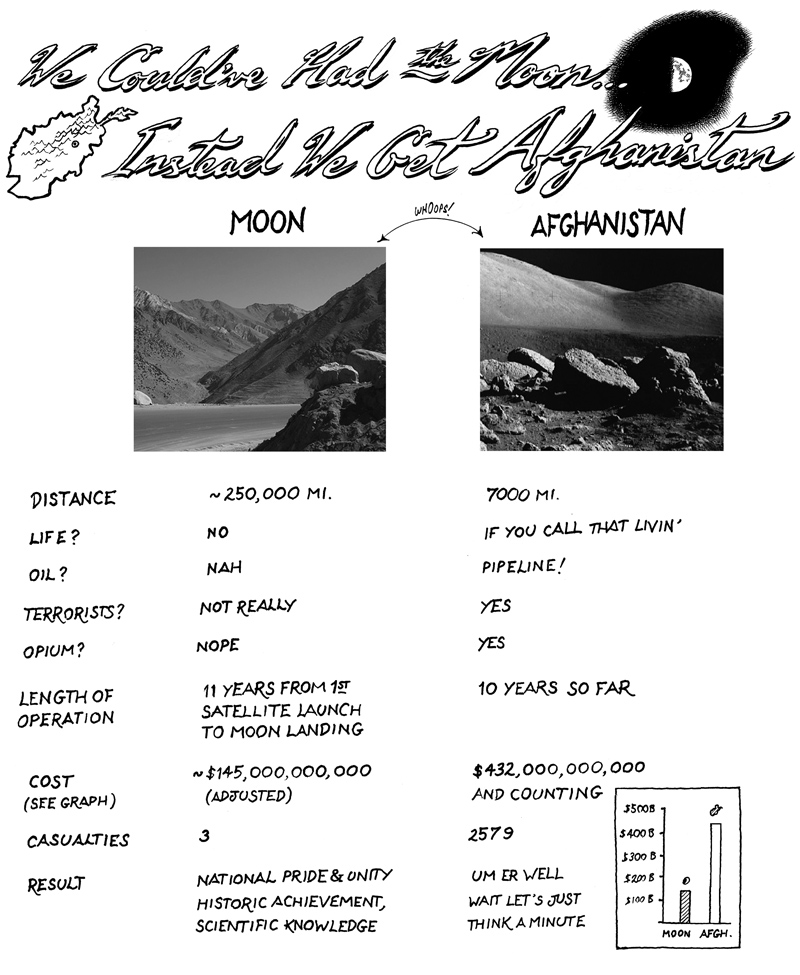 So this is the future we’ve chosen: instead of colonies on the Moon or Mars, sandbag bunkers in Afghanistan and concrete fortifications in Iraq. Instead of soaring upward and outward, we’re hunkering down with ammo. The new generation of consumer toys that mostly just lets us pursue the same tawdry old primate pastimes of bragging, gossip and getting off are pretty chintzy consolations for the promise of new worlds reneged on. So okay, we can find out whether that old PSA about lead poison that gave us nightmares as kids is on YouTube yet, or get back in touch with our middle school crushes on Facebook. That’s cool, I guess. But we could have walked on Mars.

I do think that human destiny is in part tied up in moving off world. If I was King for day, we’d go there faster.

Were you there 42 years ago? Where should we be 42 years from now?

Can we become Apollo’s Children?