A Successful Second Annual State of the Arts Conference 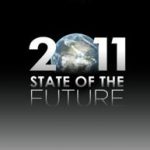 Last Thursday The Millennium Project, c3:Conscious Creativity and Producers Guild of America teamed up to present the “State of the Arts 2011: Producing Changeâ€ event at LA Center Studios. Before the actual program there was a two-hour Think Tank session that was streamed online. I got a chance to tune in and hear some great ideas from a broad spectrum of media and art professionals. The topics of the conversation ranged from Haitians ravenous for the arts, to a rock opera about Burning Man, to the Conspiracy for Good.

Though the subject matter covered a vast range, the focus stemmed from the same place- a shared desire for a channel through which networking and brainstorming could occur, ultimately resulting in the development of innovative arts and media projects with the future in mind. Led by Kate McCallum, Co-Founder and Executive Director of c3, Center for Conscious Creativity, the Think Tank was very successful and fostered several potentially productive relationships between professionals looking for help with their individual ventures. Co-founder and Director of The Millennium Project, Jerome Glenn, was also there to keep the Think Tank session discussions flowing in the direction of the future, initially presenting the Project’s 15 global challenges facing humanity.

It is obvious from this event that there is a lot of work being done to inform the public about what is important about the future and how arts and media can influence that.

[Glen Hiemstra note: I was able to catch the live stream of the Producing Change think tank while traveling in Dallas. Kate McCallum is a collaborator on a transmedia project about future visions, and Jerome Glenn an old colleague from the World Future Society. Their mutual work on leveraging media and the arts to support the work of the Millennium project is very impressive.]