6 Global destinations to see before they are gone

Here is our list of six global destinations to see before they likely disappear beneath the waves of climate change. It is probable, say experts, that these places must be seen in the next 50-100 years or it will be too late. Even aggressive action to limit carbon and other emissions is unlikely to change the current momentum of climate change in this century. We’ll not get into whether this is a false alarm, or what the causes for climate change might be. We’ll just say if you have the time and the resources, these are very cool places to visit; if they are still there a hundred years from now, all the better, but if not, you will have seen them when you were able to.

The Arctic ice cap in the summer

Reports are that summer ice in the Arctic Ocean reached either its lowest recorded level or second lowest in 2011. This suggests that predictions of a near ice free Arctic in the late summer by the year 2050 may be more likely. So if you want to stand on the North Pole in August, go now. If you want to kayak over the North Pole wait a few years and you may be able to.

Low level island nations like Micronesia, the Marshall Islands, the Maldives, and Tuvalu are among those threatened by rising sea levels, with effects already visible in all of these places. Some of these nations expect to essentially disappear in this century.

This is one of my personal favorite places. My wife and have spent many wonderful days over several trips exploring the city and its surrounding environs. On one visit we went down the hotel stairs the first morning into a lobby under 2 feet of water and spent that trip walking raised boardwalks around the city. It was charming and beautiful in its own way. But now these floods happen up to 100 times a year, native Venetians continue to vacate the city (more because of its tourist driven economy than flooding, so far), and there are predictions that the city may be essentially abandoned by 2050. 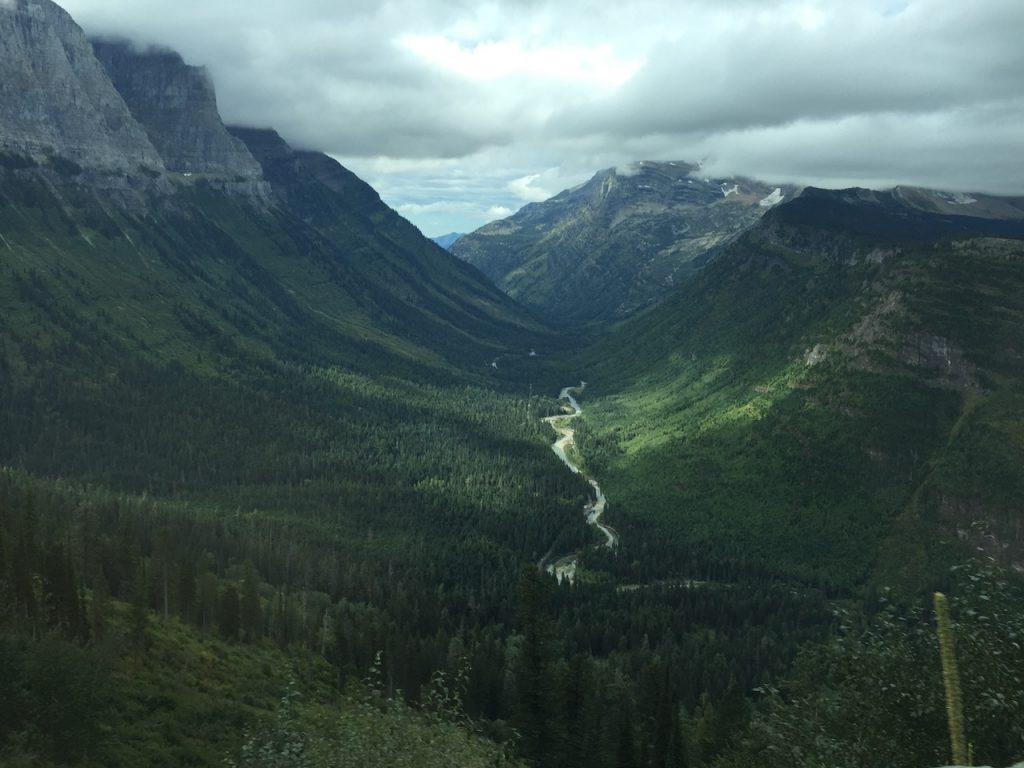 One of the great visual wonders of the U.S. natural world, Glacier Park is majestic not just because of its glaciers, but also because of the grand scale of its mountains. Still, if the glaciers were gone, it would not be the same. While Glacier is getting more precipitation due to climate change, its glaciers continue to shrink rapidly. The latest forecast have them mostly gone as soon as 2020, so get busy on this one.

When we visited the Reef a few years ago and went diving, I was actually most impressed not by the color and or the sea life variety. I was most impressed by how much of the reef that we saw was not colorful at all, but a dusty brown, as it died. Very sensitive to changes in both ocean temperature and acidity as well as other disturbances, the Reef is well known to be threatened. So get there while you can, and join efforts to save the Reef as well. You are warned that you may have 30-50 years to make this visit.

Climbing Kilimanjaro has long been on the bucket list of things to do for many people, me included, though I’ve not gotten to this one. I’d like to do it before the famous “snows of Kilimanjaro” disappear, and so it looks like I have until 2022.

Here are two similar lists..
From MSNBC
From News.com.au

Glen Hiemstra is a futurist author, speaker, consultant, and Founder of Futurist.com. To arrange for a speech, workshop or consultationcontact Futurist.com.