Here in the U.S. it is an article of faith that the economy is driven by entrepreneurs – job creators in the current political parlance. And there is no question that the U.S. maintains an entrepreneurial culture.

But, something is happening that may represent an emergent trend. Recent data from the Bureau of Labor Statistics illustrates that the years 1993 to 2001 were peak years in the creation of new companies. It is not surprising that new company “births” fell off after the dot com bust in 2000, increased a bit in 2004-2006, the peak of the debt bubble, and then fell off a cliff with the arrival of the recession in 2007. The fall off in new company formations is the steepest in the history of this data series. At the same time, company deaths kept climbing. 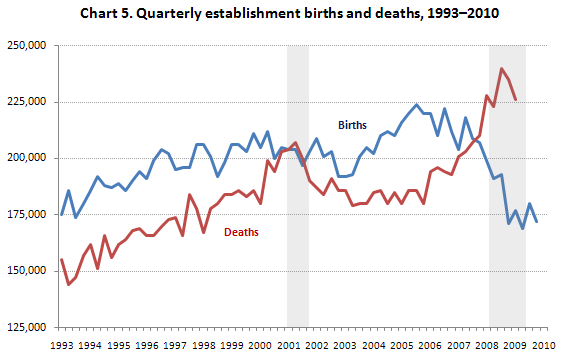 But that is not the emergent trend that I see. Deeper in the BLS report is news that new companies are not hiring as many people. This may reflect only the lack of demand in the current economy. But I suspect something more is going on. The kinds of new companies being created now in the information space simply require fewer people to accomplish the same amount of work as a few years ago. Many other enterprises, like event management, are not info tech businesses directly but still rely heavily on information jobs. They too can accomplish more with fewer people. 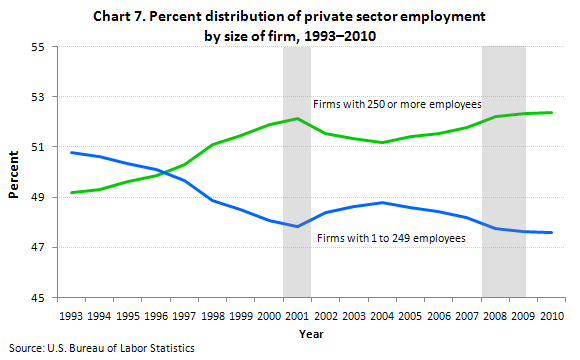 I wonder if we we’ll ever see an info tech company again that grows as large as a Microsoft in number of employees?