The New Old Way to Space 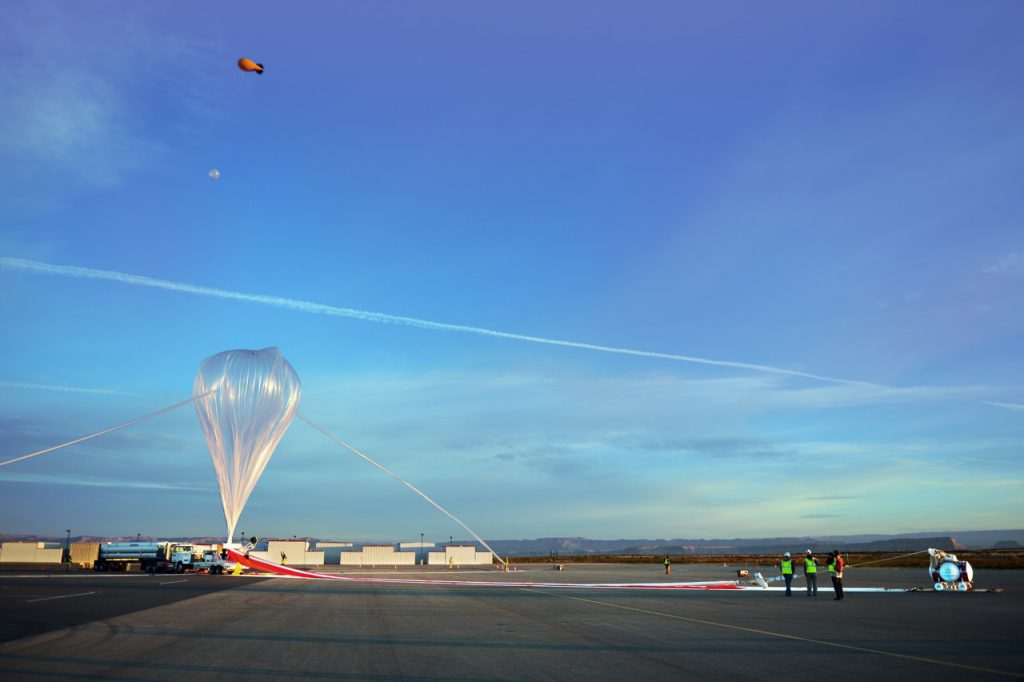 From the beginning, when people wanted to fly, one alternative was a balloon. The Chinese flew unmanned hot air balloons centuries ago. The first recorded balloon flight with a person aboard took place in 1709.

The space age and especially the dawning New Space era, would seem to leave such ancient methods behind, in favor of rockets and space planes. We heard a lot about these alternatives at New Space 2016, including fledgling launch companies Blue Origin and Vulcan. Just yesterday NASA fired up a test of its massive SLS launch vehicle, which, if successful, will be the largest capacity launch vehicle yet. These vehicles along with SpaceX and other national launch initiatives may not own all the sky, however.

What if a post-modern type of ballooning were to provide relatively cheap, safe, reliable access to near space – the stratosphere? Would there be a place in the New Space industry for this alternative? Because of a start-up company called World View, it appears that the answer is yes, and that, in fact, if you personally plan to fly either an instrument or yourself to the edge of space, a balloon may be just the ride you are looking for.

At the New Space 2016 conference I had the opportunity to sit down with the CEO of World View, Jane Poynter. World View is a Tucson, Arizona based company offering the disruptive flight platform Stratolite. Jane is known for her pioneering role in Biosphere 2 and the early dreams of building a self-sustaining civilization in space, including on Mars. She was co-founder, President and Chair of Paragon Space Development Corporation which focused on engineering for habitats in extreme environments. That company and World view are best known to date for the StratEx project which in 2014 launched Google executive Alan Eustace to an altitude of 135,908 feet, from where he paraglided back to earth all while encased in a special Paragon one-person habitat suit.

Jane’s considerable passion now is fully behind World View and the project to develop a simple launch technology for what the company is calling “the stratospheric economy.” Their launch system combines three basic technologies – a high altitude balloon using a lighter-than-air gas, either an earth sensing instrument package or a capsule for passengers suspended from the balloon, and a parafoil glide system for returning the instruments or passengers to earth.

The stratosphere is the second layer of the atmosphere coming down from space, just above the troposphere and below the mesosphere. It ranges in altitude up to about 160,000 feet with a lower limit that depends on the position over the earth. The general altitude target of World View craft will be in the 80,000 to 100,000 feet elevation range. When you reach the stratosphere, you are above weather, and in a position to see the curvature of the earth quite clearly, as in this video from World View.

As Jane explained, the cool thing about putting a balloon into that high altitude is that you get the view that nearly matches a satellite, without the expensive launch costs and with a simple ability to retrieve the instruments. The launch can be lined up in weeks, rather than months or years. World View expects to be launching payloads on a weekly basis at least. In fact the ability to gear up and launch quickly may be a particular advantage for World View in emergency response situations. Imagine a large-scale flood or similar disaster and an ability to get a system in place quickly that can view and coordinate an entire area response.

In addition World View craft will be able to achieve what Jane called “persistence” in position relative to the earth. Using a secret sauce of algorithms the craft will use winds and shifting altitudes to stay in a basically fixed position over the earth, for a long period of time. Current test flights have launched payloads of up to 1000 pounds but the plan is to support science payloads of up to 10,000 pounds. Thus it will become relatively easy to put a package of many earth observing instruments and cameras in a fixed location and have them return very high quality images and data over time. If something goes wrong with an instrument or if for another reason a return of the craft is desired, the craft will be flown back to earth using a parafoil.

Weather observations, agriculture sensing and observation, providing high-speed Internet to remote locations are but a few of the use cases for this space flight option. 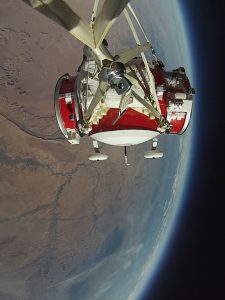 World View will have Voyagers floating peacefully to the edge of space for a one-to-two-hour space cruise within a luxury capsule complete with bar and lavatory, which is transported by a parafoil and high- altitude balloon. Guests will enjoy 360-degree vistas of the world’s most spectacular panorama, marveling at the beauty of the Earth below, watching the sun slowly rise above the curvature of our planet suspended in a vast, black and infinite universe. They can even share the experience in real-time with loved ones thanks to in-flight Internet access.

On a small scale, are we not talking the Fhloston Paradise from the Fifth Element movie?

The biggest challenge with World View flights, said Jane, is “coming down.” So for passenger flights, the parafoil will be flown to earth by experienced pilots, including former NASA astronauts who are currently on the World View team.

If World View succeeds a stratospheric economy will likely emerge. For you and me the new old way to space just may become the most reasonable way to become a kind of astronaut.

You can learn more in this video of Jane Poynter’s keynote presentation on June 23, 2016 to the New Space 2016 conference in Seattle.