Among the interesting policy positions of the new Vice President nominee designate of the Republican Party, Sarah Palin, is that global warming, if it exists, is not related to human activity, and that polar bears are in no danger in the Arctic and thus do not need endangered species designation. As a futurist speaker, I hear these same positions echoed after each of my talks in which I mention global warming, if I include that topic. One or more people will come up to me after the speech and ask if I am aware that the whole idea of global warming is a plot on the part of some who want more government control, or that other planets are warming just as much, or that melting arctic ice is just a natural cycle, or more recently that whatever warming had been happening came to an end a decade ago according to data from NOAA (though one can search the NOAA site for hours and not find reference to such data).

Two stories caught my attention yesterday that add to this discussion. First, apparently as the 2008 summer Artic melt seasons nears its end, for the first time in 125,000 years the ice has retreated sufficiently on all boundaries that an ice-free passage is open an all sides. 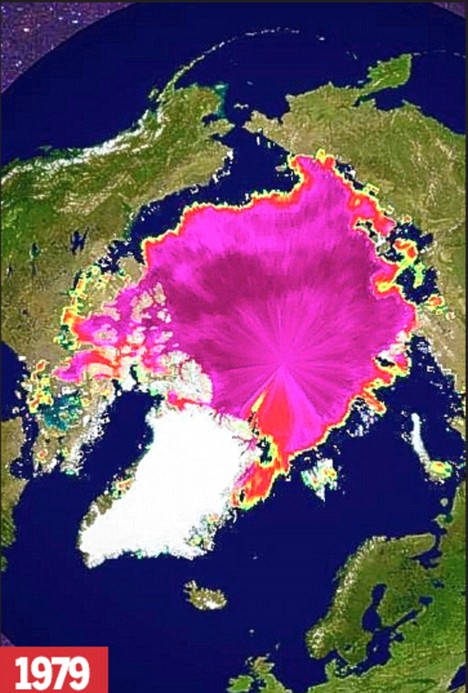 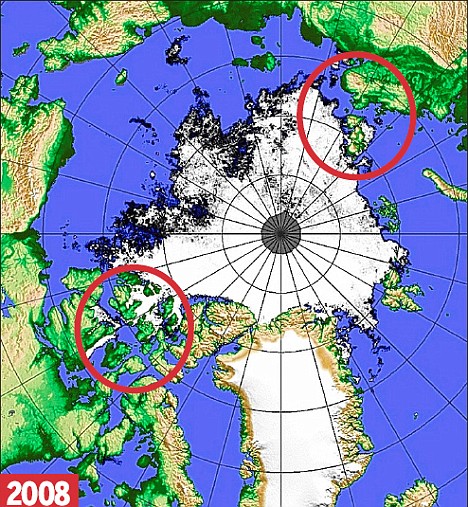 Second, the ice has retreated so far from the coast line in some areas, more than 400 miles, that polar bears have been observed, as their immediate ice flow disintegrates, beginning a swim of 400 miles toward the retreating sea ice rather than 60 miles south toward Alaska. They do this according to instinct, as the ice is their summer home and hunting platform. Bears generally have not been known to survive swims of more than 100 miles, so these particular bears are probably swimming to their deaths.

The end of August report on the extent of Arctic sea ice will be available soon, and so far the year 2008 is shaping up to be a least the 2nd worst year in record keeping history, after 2007.

The prospect of a national office holder who ignores scientific data is of concern, though this would not be new.