Our Search for Extraterrestrial Life 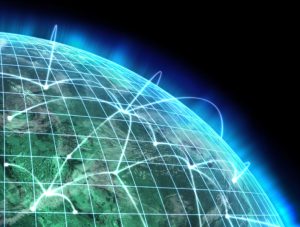 With Mars hosting the Curiosity Rover for the past three months, there’s been a lot of public excitement around space exploration. One of many goals of space exploration is  to find life on another planet. There are groups like SETI that are focusing their attention and research on extraterrestrial life, “The mission of the SETI Institute is to explore, understand and explain the origin, nature and prevalence of life in the universe.â€ SETI’s been around since 1984, so the search for extraterrestrial life is not a new concept. Some may say that the purpose of finding life on another planet is to keep our options open for a new home when Earth is no longer habitable. Others, like SETI, hope to learn about the nature of life itself throughout the universe. Either way, the search is on. So, how’s that going for us?

SpaceX and NASA are taking steps towards putting humans on Mars. One of the problems that idea poses is that our astronauts will contaminate any potential life that could be on that foreign planet. Humans have evolved among 100 trillion microbes that could very well latch on to Martian organisms upon arrival to the planet- posing unknown risks to the planet and the organisms on it. There is a lot to consider in terms of safety not only for the sake of our astronauts, but also on behalf of the foreign planet and its environment and/or organisms.

Due to the large number of considerations space exploration forces us to ponder, space startups are struggling to provide VCs with enough comfort to overlook the numerous risks that space exploration poses to spacepreneurs. Private space ventures are the most active ones. Amazon’s Jeff Bezos, Microsoft’s Paul Allen and PayPal’s Elon Musk have all spent millions in developing and enhancing space travel technology. Elon Musk is having the most luck lately, with SpaceX’s contract with NASA for 12 expensive trips to the ISS. NASA’s Curiosity Rover is also doing well, collecting enlightening samples that are (as far as I can tell) very transparently reported to the public. One of the main goals of the rover is to find some sign that life on Mars is or was possible.

How are we going about this search for extraterrestrial life anyway? How do we know what we’re looking for? Well, we’ve been searching, primarily, for a certain kind of living organism on other planets: carbon-based organisms, and those comprised of water. “The presence of water, organics, and energy represent three concurrent indicators in the search for signs of life as we presently understand,â€ says NASA’s 2012 Exploration Goals and Destinations Report. The report goes on to say, “The detection of water in a wide variety of solar system locations, including the Martian surface, the moons of the giant planets, Earth’s Moon, asteroids, and comets — has broadened our search for indications of life. The diversity of these locations and the known complexity of biotic and pre-biotic chemistry means that advanced instrumentation is required, and that direct examination of samples, either returned to Earth or in situ by robots and humans, is needed to produce definitive results.â€

We’re spending a lot of time and energy on searching for signs of life “as we presently understand,â€ but can other elements be the building blocks of life for extraterrestrial creatures? Yes. It’s possible. In fact, we already know that several small life forms use arsenic to generate energy and facilitate growth. Chlorine could facilitate life, and sulfur has already proved to be a hospitable environment for some bacteria. Stephen Hawking notes that carbon seems more favorable because of its chemistry, but it’s not the only solution, “One possibility is that the formation of something like DNA, which could reproduce itself, is extremely unlikely. However, in a universe with a very large, or infinite, number of stars, one would expect it to occur in a few stellar systems, but they would be very widely separated.â€

This means it would probably be beneficial to spend more time searching farther away from Earth for these commonly understood life-creating elements, if they are indeed very widely separated throughout the universe. However, the most common agreement among bioscientists focusing on carbon-based organisms seems to be that Earth is in a uniquely “sweetâ€ spot in the universe and thus, it is more beneficial to search around our general planetary location. In any case, whatever the reason, whatever the method, the search is on for extraterrestrial life. It’s exciting, but there are several consequences to consider before we start swapping organisms with other planets, which is probably ultimately going to be a choice we will have to face in the future.

In fact, just to cover all of our bases, we should prepare ourselves for a day when we find out there is life on other planets and they are intelligent. What do we do then? Study it? Will we need to convince it to let us study it? What if it wants to come live on our planet?