For several years I have been following the trend away from an auto-centered culture. This trend is reflected in fewer miles driven and even more dramatically in the declining interest of teens and young people in driving or owning a car at all. This trend is dramatic, and has been sustained now for several years, indicating that it may be a true emerging trend that will stick. 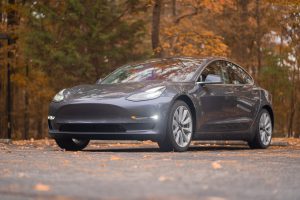 Here are some of the more recent numbers. The University of Michigan Transportation Research Institute found that the number of American teens getting their license is dropping fast. Between 1982 and 2010 the number of 17-year-olds who got a driver’s license fell from 69 percent to 46 percent. For 18-year-olds the numbers declined from 70 percent to 54 percent.

It was not that long ago that teens dreamed of their first car, and certainly their driver’s license, and their ticket to freedom and to social mobility. No longer. Teens now see a car not only as unaffordable due to cost and insurance, but as more of an albatross than a means of breaking free.

Older people are quick to assume that high costs and a bad economy are the reason that teens and young people no longer covet cars, or even suggest that today’s teens are too lazy to drive. But they have this quite wrong. There is a profound cultural and technological shift underway in which driving is seen at best as a nuisance and something to be avoided. Young people are more likely to see driving as an interruption of their lives than a means to live. I expect this trend to deepen, until the car companies become truly alarmed. There is evidence they are already concerned, mostly in the way that advertising has skewed almost completely toward trying to convince young people, even children, that cars are cool and that they should want one. I do not think it will work.